Country-by-Country Reporting in Luxembourg: Obligations and Deadlines in 2021 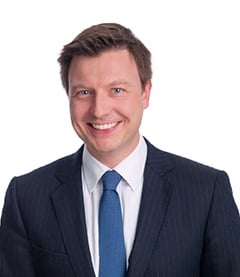 By:
Jean-Nicolas Bourtembourg Follow on LinkedIn
In this newsletter, Grant Thornton Luxembourg would like to point out some important guidelines and features regarding the Country-by-Country Reporting laws in Luxembourg as the fiscal-year 2021 is drawing to a close.
Contents

This is important as the close of fiscal-year 2021 (“FY21”) will bring with it the deadlines for various Country-by-Country Reporting (“CbC Reporting”) obligations for many Luxembourg companies.

Moreover, the European Union has recently approved a new ‘public CbC Reporting’ scheme. The new law has yet to come into effect, but will ultimately mandate the public disclosure of the CbC Report, which will add to Multinational Enterprises’ (“MNE’s”) CbC Reporting compliance requirements.

The CbC Law only concerns MNEs whose global (consolidated) turnover exceeds EUR 750 million. This is the case for both the CbC Report and CbC Notification.

The CbC Report is the more substantively comprehensive CbC reporting obligation, requiring global aggregate information on all of the following:

The CbC Notification requires entity specific information relating to the entity submitting the notification, including the following elements:

Both the CbC Report and the CbC Notification must be submitted online. The reporting obligations have separate procedures to follow, but both are available on and must be filed through the online portal.

The penalties for non-compliance with the CbC Reporting obligations in Luxembourg can go up to EUR 250,000. There is limited public guidance on the application of the penalties and as such, anticipating the cost of various degrees of non-compliance is difficult in practice.

Having spent considerable time in political deadlock, on the 28th of September 2021 the European Council adopted the colloquially named ‘Public CbC Reporting Directive’, which amends Directive 2013/34/EU as regards disclosure of income tax information by certain undertakings and branches. This amendment adds to the existing CbC Reporting obligations by requiring the reporting MNEs Group to publish their CbC Report to the general public.

The Public CbC Reporting Directive has not become effective at the time of the publication of this newsletter, but progress is being made in that direction, with the directive having received approval on the 11th of November in the European Parliament’s plenary session. This represents the last stage in the approval process before formal publication. Once it has been published in the Official Journal of the European Union, member states will have 18 months to transpose the amendment into national law. Consequently, taxpayers can expect that the new obligations will become effective in 2024 (the new rules would be applicable to FYs starting in or after June 2024). Nonetheless, EU member states could implement said rules earlier.