On 30 March 2020, the Luxembourg Government filed a Bill n°7547 (“Bill”) with the Luxembourg Chamber of Deputies, setting out legislation that disallows the tax deduction of interest or royalties paid or due to associated enterprises established in jurisdictions listed on EU’s list of non-cooperative jurisdictions for tax purposes (“black list”).

On 25 March 2020, the Luxembourg Government announced its intention to amend the Luxembourg Income Tax Law (“LITL”) by denying the tax deductibility of expenses incurred with associated enterprises established in the blacklisted jurisdictions. The Bill follows conclusions of the Council of the EU (“Council”), issued on 5 December 2019, which called for Member States to take coordinated measures against blacklisted jurisdictions. The Council invited the Member States to apply one of the following defensive measures:

The Luxembourg Government opted for the first measure by proposing amendments to Article 168 of LITL.

According to the Bill, interest or royalties should not be deductible at the level of the Luxembourg taxpayer, provided that these conditions are cumulatively met:

Assuming the Bill is enacted, it will apply to interest or royalties paid or due as from 1 January 2021. The general rule of deductibility of interest and royalties remains the same, as well as absence of withholding tax on these payments.

It is important to note that the measure does not apply to taxpayers that can prove the existence of valid commercial reasons that reflect economic reality – i.e. sufficient economic advantage beyond any tax advantage obtained through the transaction in question. However, the concerned expense could still be subject to other provisions that could lead to a limitation or a refusal of the deduction (e.g. interest deduction limitation rule).

On the other hand, if the three abovementioned conditions are cumulatively met and the taxpayer cannot provide economic justification for the transaction, the interest or royalties paid or due would not be tax deductible.

Currently, the EU’s black list counts 12 countries and territories: American Samoa, Cayman Islands, Fiji, Guam, Oman, Palau, Panama, Samoa, Trinidad and Tobago, Vanuatu and US Virgin Islands. However, it is possible that some of these jurisdictions will be removed from the list before 1 January 2021, in case they amend (or commit to amending) their legislation or regulatory practices.

The black list will be proposed by the Luxembourg Government, and issued by the Chamber of Deputies on a yearly basis. The list applicable in Luxembourg will be the same as the most recent one published by the Council at that time.

In case of removal of countries or territories from the EU’s black list, the measure will not apply to interest and royalties paid or due as from the date of publication of the list that first removes the jurisdiction in question. Therefore, only part of the expenses involved would be non-deductible during that tax year.

As the Bill does not include any blacklisted jurisdictions, it will be necessary to monitor which jurisdictions will actually be in scope once it enters into force. For example, the Cayman Island government has already adopted measures which could be assessed as sufficient by the EU to remove it from the black list. The list itself could be updated in October 2020.

Until then, Luxembourg taxpayers performing transactions with associated enterprises in currently blacklisted jurisdictions will need to consider the impact of the new measure, particularly on their financing and intellectual property structures. The Luxembourg draft Bill will now follow the legislative process, with the final vote expected to be held in the coming months. 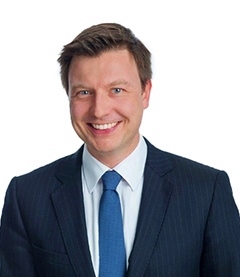